a statement by F.O.R. Palestine

“All the rockets used by Palestinian armed groups are unguided projectiles which cannot be accurately aimed at specific targets and are inherently indiscriminate; using such weapons is prohibited under international law and their use constitutes a war crime.“

“In order for nonviolence to work, your opponent must have a conscience.“ 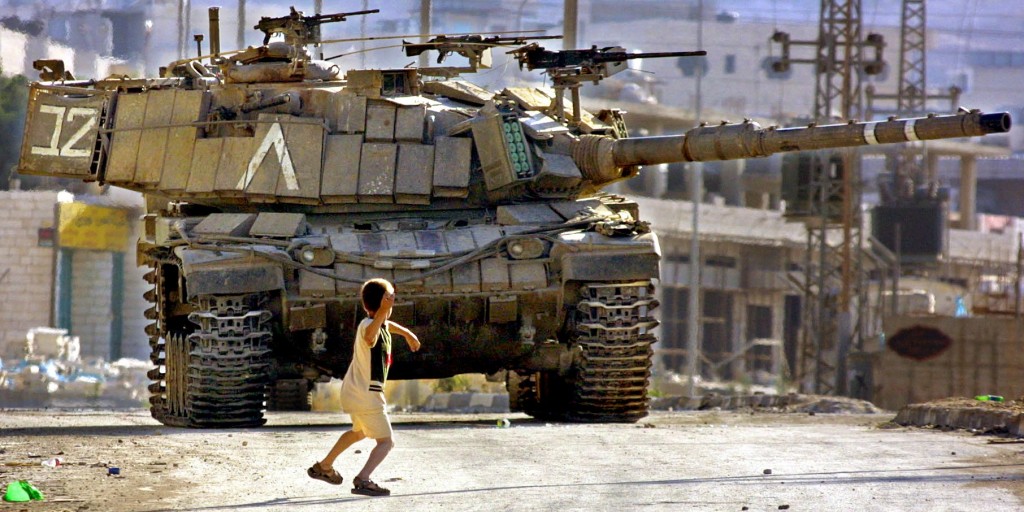 We were invited here today to celebrate the non-violent struggle. But what is non-violent in the situation in Palestine? Protestors were murdered in Ni´lin, in Bi´lin, in Al-Nabi Saleh and in almost any other place that we crown for its non-violence. All over Palestine, over 100 Palestinians have been murdered in the last two months alone. The zionist occupation is pure violence, therefore the resistance is entitled, even obligated, to use all means necessary against it, including reaching for the gun.

Celebrating non-violence is delegitimizing armed struggle by negation. If non-violence is the only resistance we stand in solidarity with, it means we deny other forms of resistance their right to exist. It defines the conditions upon which we “agree” to offer our solidarity according to a hegemonic discourse from outside. If Amnesty supports and sponsors non-violent struggle, while at the same time condemning the military resistance in Gaza as war crimes, it dictates the way oppressed people should be allowed to fight their oppressor.

We must ask ourselves, on what is our solidarity based? On standing by people fighting for their freedom or is it based on forcing our standards on the struggles of other people? In a time when the Palestinian popular resistance is branded as terrorism by pro-Zionist and reactionary forces, since it dares to raise knives against armed and armored colonizers, promoting non-violence is equal to accepting and supporting the pro-Zionist discourse, strengthened and supported by organizations such as Amnesty International, that a home-made rocket against a fighter jet is a war crime.

Unfortunately, many streams in the western left today, just as the reactionary “liberal Zionism”, attempt to erase the basic contradiction of Zionism: that there is no half de-colonization, that there is no true solidarity with the oppressed while still legitimizing the oppressor. Any solidarity with Palestine which does not call for the abolishment of Zionist control in all of historical Palestine is trying to round the square: it dreams that “human rights violations” can be made to disappear in a system which occupies, colonizes and oppresses, a system which is one huge human right violation itself. Such selective solidarity looks away from the fact that Israel´s “right to exist” denies that same right to exist from more than six million Palestinian refugees, both inside and outside the country. Reactionary NGOs and so called “human-rights-groups” use non-violence as a mean of domination, accepting to support only those who submit to their conditions. Like the Palestinian land, stolen hectare after hectare by the Zionists until nothing is left, so are the fields of legitimate resistance taken away piece by piece, until the only way allowed to fight against tanks and bombs is by throwing paper planes made of Amnesty flyers at them.

Solidarity with the Palestinian resistance all over historical Palestine and worldwide!

The smiling face of Zionism