Solidarity with Gaza – Return is our right!
Since the beginning of Land Day, the Zionist state is committing cooly planned massacres against the Palestinian population once again. The situation shows what continues to happen even if Palestinians bow to the paternalistic will of the privileged world. Also now, when they use the means of popular protests without justified militant struggle, the Zionist army continues to slaughter them. Also now, the world lets it happen, also now, the foreign embassy fanzasizes about restraint on “both sides”. While protestors are being shot down, for nothing, but insisting on their rights.

We firmly stand at the side of the Palestinian people and their Right of Return! In memory of the Palestinian general strike in 1976, thousands remind the world of their irreversible right to return. We join their struggle. Let’s take our solidarity to the streets of Germany as well! 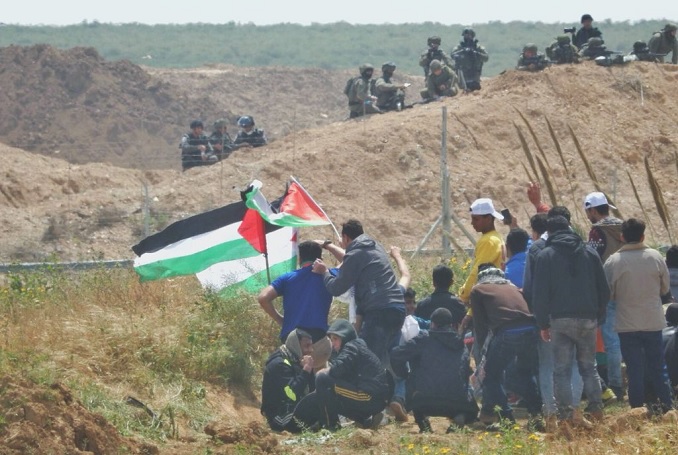 !چه غزه، چه ایران – مرگ بر ظالمان - Down with Zionism, down with the Iranian regime!