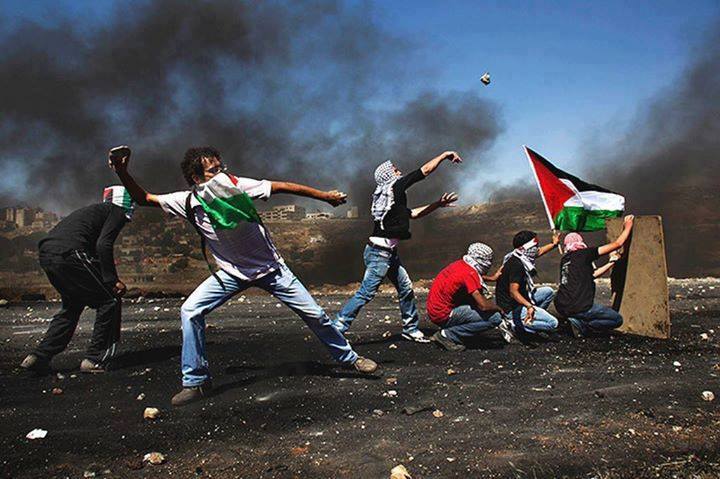 On the 6th of March 2017 Israeli occupation soldiers invaded the refugee camp Qadurra close to downtown Ramallah, in an allegedly autonomous area of the Palestinian Authority. The fact that the occupation forces, through the cooperation of the Palestinian Authority, can act so freely in those areas is symbolic for the struggle of the man whose life they were to take before the break of dawn.

We might never reveal the exact conditions of the fight who left the body of activist and intellectual Basil Al-Araj laying between blood-stained books, a Kufiya and a gun. It is clear, however, that his body was kidnapped by the occupiers and kept away from his family the next eleven days. The speculations regarding what has happened on that night can be left for the media. We are interested in the person, his resistance and political legacy. 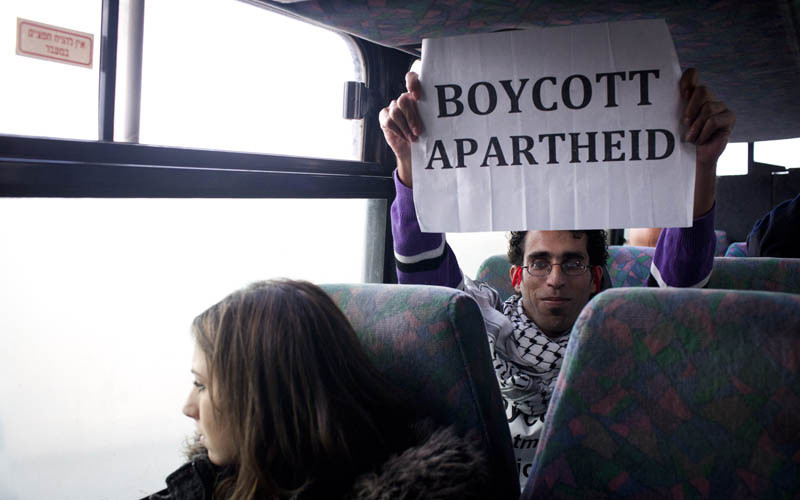 Embodied all forms of resistance

Basil Al-Araj was an activist, an intellectual and a freedom fighter. A main focus of his work was the struggle against normalisation and the collaboration of the PA with the Zionist state – the same collaboration which has led him, in the course of his short life, to prison and torture, forced him to go underground and ultimately murdered him.

Basil understood as almost no other that intellectual work without practical resistance is idle talk, but that resistance without theory, without analysis and understanding of the breadth of all aspects, can never be effective enough. He was a scholar of the Palestinian resistance from the begin of the 20th Century until the last days of his life. He studied, theorized and analysed the revolts of the thirties just as the lone attacks of the last years. The course of his own life has lead him through all forms of the Palestinian resistance as well, from the non-violent struggle of his village Al-Walaja and direct actions based on human rights struggles such as “The Freedom Riders” up to the armed resistance and his last monthes living underground. He understood the importance of youth work and the contact with the people. He refused to hold on to fossilized political groups or to connect to such. He kept his autonomy as a revolutionary until his last breath.

In his hiding place, next to blood stains and a mug of cold coffee, he also left his books. He was no stranger to international left and Marxist theory: Fanon, Shariati, Gramsci. Just like theirs, his theory and intellectual work was forged in prison. In 2016, he was arrested by the Palestinian Authority, put in solitary confinement and tortured. He began a hunger strike with other comrades to draw attention to their conditions. But the president of the PA, Mahmmoud Abbas, was especially proud of their arrest. He told the magazine “The Spiegel” this was the proof of how efficient the PA´s cooperation with Israel was. This is the strategy of the Palestinian Authority to hush up political opponents and rivals and to clear the way for its neoliberal course. Hamas in Gaza is also known for similar strategies, albeit to a lesser extent, and while lacking the possibility for a direct collaboration with the Zionist state apparatus.

Basil repeatedly became victim of the normalisation processes he so sharply criticized. After his release, he knew he had to go into hiding since the common devices of the PA and Zionism were targeting him. Other comrades of him were arrested by Zionist occupation forces immediately following their release and imprisoned again – this time in Israeli prisons. Basil went underground until the occupation forces, with help of their cooperation with Palestinian Authority, found and executed him. 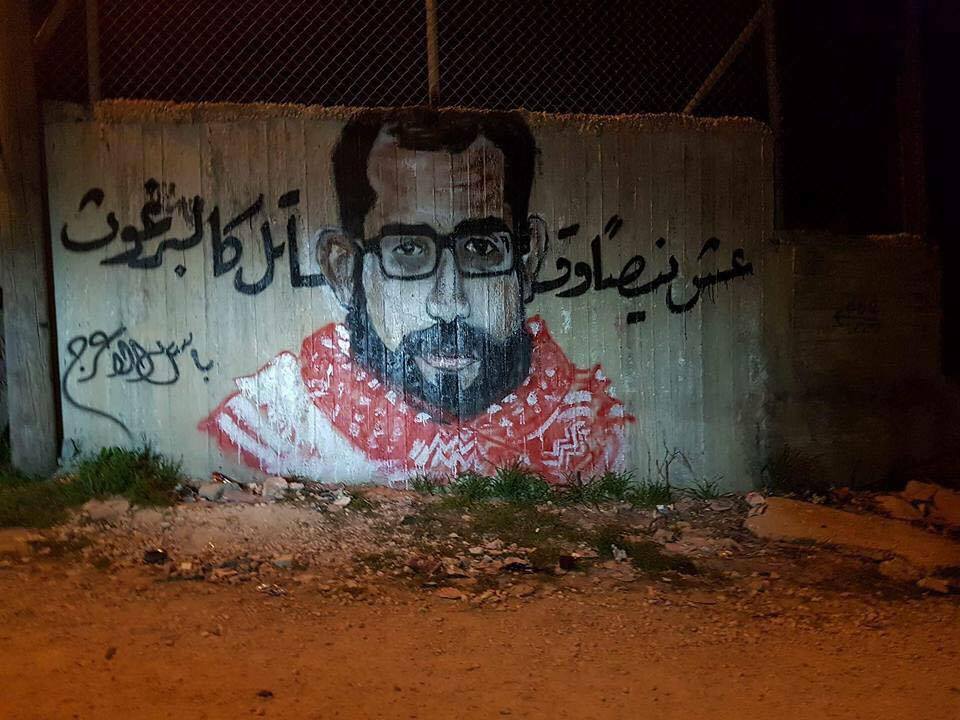 His murder has sparked a series of demonstrations all around the world, but mostly in the West Bank. There, the people have risen not only against the Zionist occupation in itself, but also against their own bourgeoisie, the ruling class which sells them and their interests for neoliberal profit, for mortgages, for Rawabi and the Bank of Palestine. The PA has immediately suppressed the protests with brutal violence. Between national liberation and capital, their position and decision remained clear. Our full solidarity is with the people who repeatedly must bend down under the boot of the Israeli military or the baton of the PA-police, only to continue fighting with their heads held high. And the people are raising their heads in Gaza as well, where Leftists organised demonstrations against the similarly bourgeois domination of Hamas.

And we hold on to Basil´s legacy: that the role of the intellectual without practical engagement is futile, that the dialectic of the pen and the pistol must be a precondition of the revolutionary struggle. That the fight must always be carried against the own ruling class as well, and that there can be no peace under oppression and without justice. We learn from this legacy and stand in solidarity with all the people who take to the street against their double and triple oppression – against the Zionist occupation, the collaboration of the PA and the exploitation through their own bourgeois, whose instrument is the PA, just as it is an instrument of the occupation.